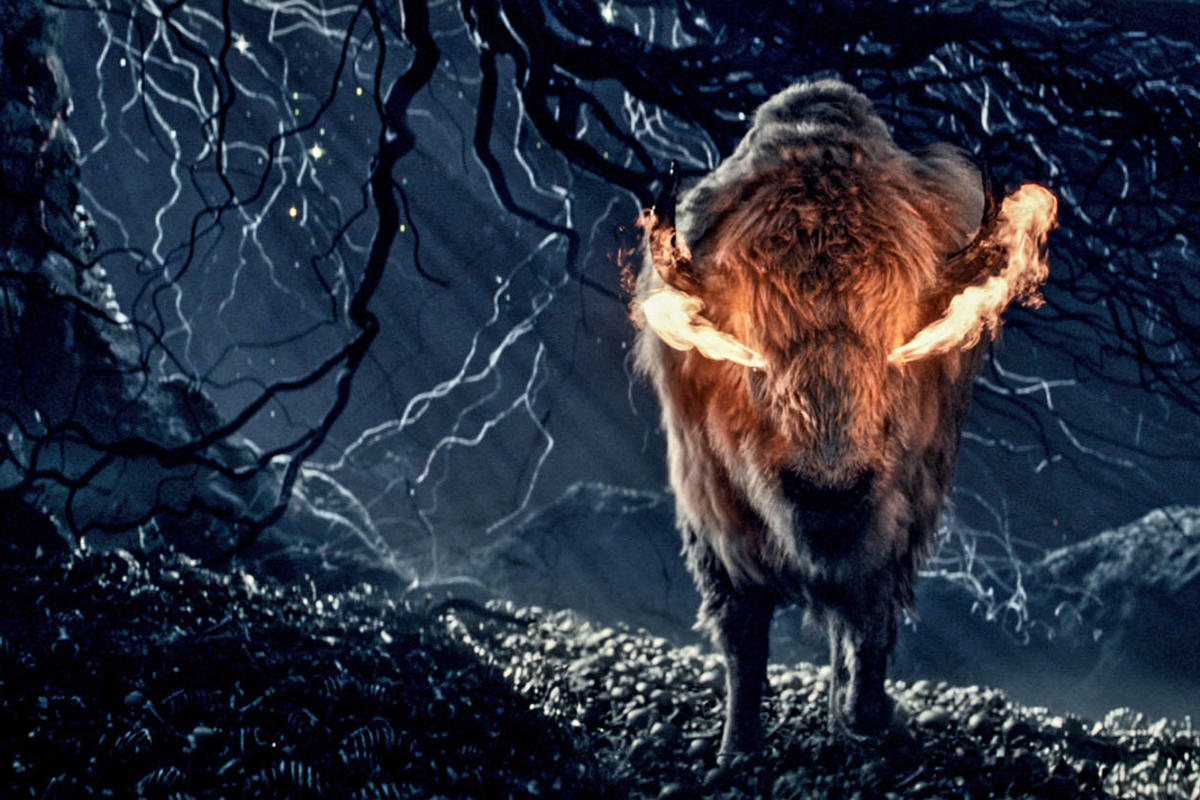 American Gods will amaze you.

Honorable Mentions:
Preacher (Great show, but this story is supposed to be a road trip, guys. Get the characters out of Dodge.)
Berlin Station: Interesting series about CIA agents in Germany, but one pivotal character’s return, after he Assanged and Snowdened the agency six ways to Sunday, made the second season hard to swallow.
Peaky Blinders: The show that Boardwalk Empire should have been, with compelling performances by Cillian Murphy and Tom Hardy, but too much deus ex machina in Season 4.
Twin Peaks: The Return: Kudos to David Lynch for his vision and all, but after 25 years we were entitled to a helluva lot more than just one full episode (out of 18) of FBI agent Dale Cooper in his prime.
20. Vikings: Even without Ragnar Lothbrok, it’s a brilliant glimpse of pagan exploration and conquest, with kickass shieldmaidens. I want a spinoff about Floki the boat builder.
19. The Magicians: Harry Potter with adults. For adults.
18. Better Call Saul: This Breaking Bad prequel is terrific all on its own. Now with Gus Fring!
17. Colony: Three seasons in, and we’re still waiting to see what the colonizers look like. The show is so good that we don’t mind at all.
16. The Expanse: Exciting adaptation of the science fiction novels that show life, death, and humanity’s future across the solar system, without transporters or technobabble. If only the network would let UN leader Chrisjen Avasarala curse like she does in the books (her swearing could scrape the barnacles off a fleet of ships). With a female Marine from Mars who can kick your ass on any planet.
15. The Crown: A great series. The episode dealing with Edward VIII’s Nazi ties (and his real plans if they had won) was compelling.
14. Mindhunter: True story of the FBI discovering how to hunt serial killers.
13. Legion: One of Marvel’s X-Men characters (the son of Professor X) is brought to life, with a performance by Aubrey Plaza that will blow you away.
12. Mr. Robot: Hacking, conspiracies, anarchy, and global realignment from the click of a keyboard.
11. Outlander: This is how you adapt historical romance for television. Geillis, we hardly knew ye.
10. Dark: Grim, gripping and altogether fascinating German series about childhood abductions across decades of history in a small town. Time travel uber alles.
9. Black Mirror: A Twilight Zone for the 21st century. Believe the hype.
8. Fargo: No amount of snowfall can cover up a murder with a cop like Gloria Burgle around.
7. The Americans: I never expected to root for murderous Soviet sleeper agents. You will, too.
6. The Good Place: So forking good, even after the mindforking twist that changed everything.
5. Stranger Things: Spielberg + Lovecraft = eminently bingeable television.
4. Travelers: Agents from the future, downloaded into the bodies of people who were about to die anyway: an FBI agent, a developmentally disabled woman, and a junkie. Welcome to the 21st.
3. The Marvelous Mrs. Maisel: A plucky comedienne starting out in 1958 Manhattan. Rachel Brosnahan is soooo good as the title character. Luke Kirby as Lenny Bruce, is a breakout role for him. Alex Borstein from Mad TV and Tony Shalhoub round out a cast to die for. 2. Game of Thrones: The Lannisters always pay their debts, and this show is paying off in spades after six seasons of setup. Plus, not just dragons … zombie ice dragons!
1. American Gods: Neil Gaiman’s novel is boldly adapted for television, with characters, storytelling, worldbuilding, and visuals that will amaze you. Mr. Nancy has one of the most powerful first appearances by a character in television history. Multiple versions of Jesus for every audience. And the best leprechaun, ever.

50 years ago tonight, the world got an optimistic vision of the future that has delighted millions and millions of people ever since.

For the first time, we saw people we recognized … not just surviving, but thriving in a society 400 years from now.

Here’s my favorite episode from each of the various series that have been broadcast since. 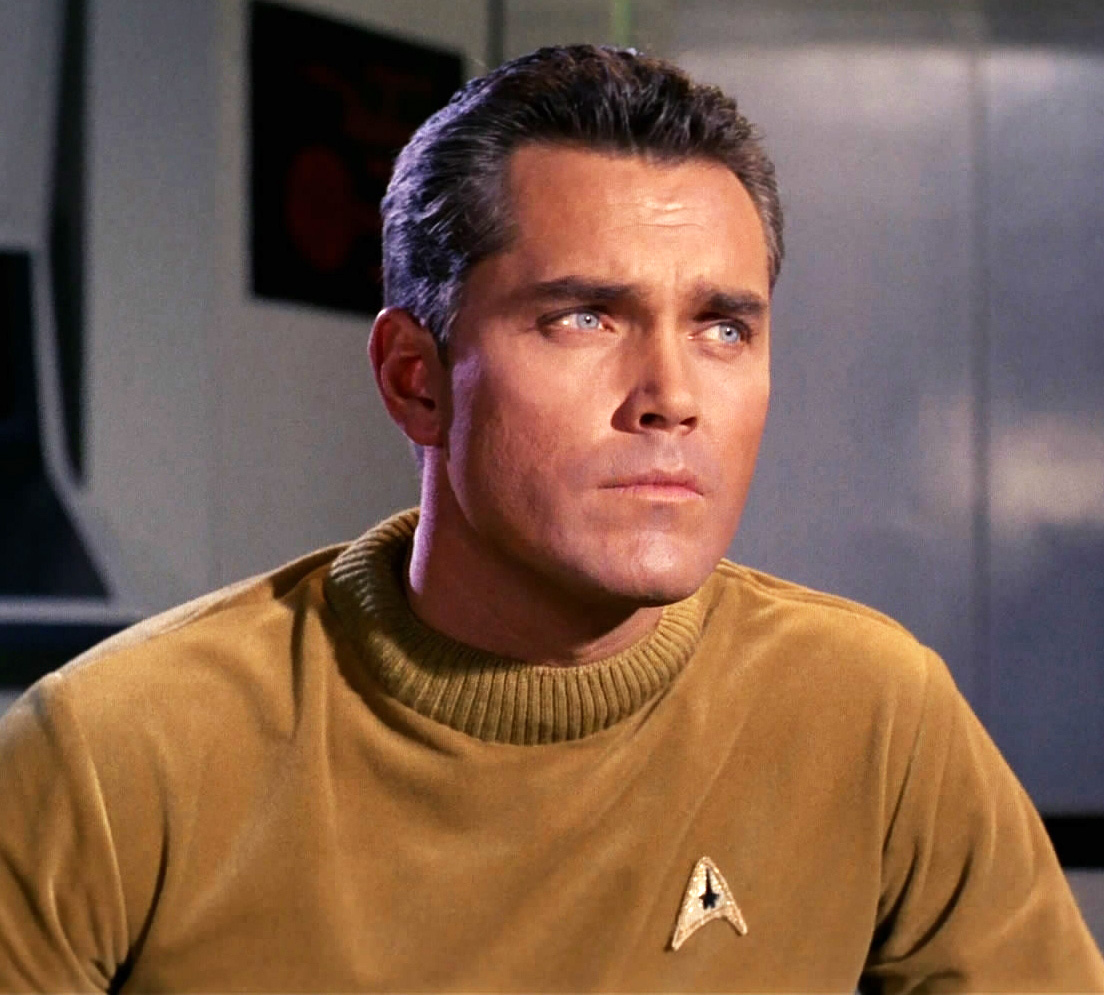 Jeffrey Hunter as Captain Christopher Pike in “The Cage”

Star Trek: TOS: The City on the Edge of Forever 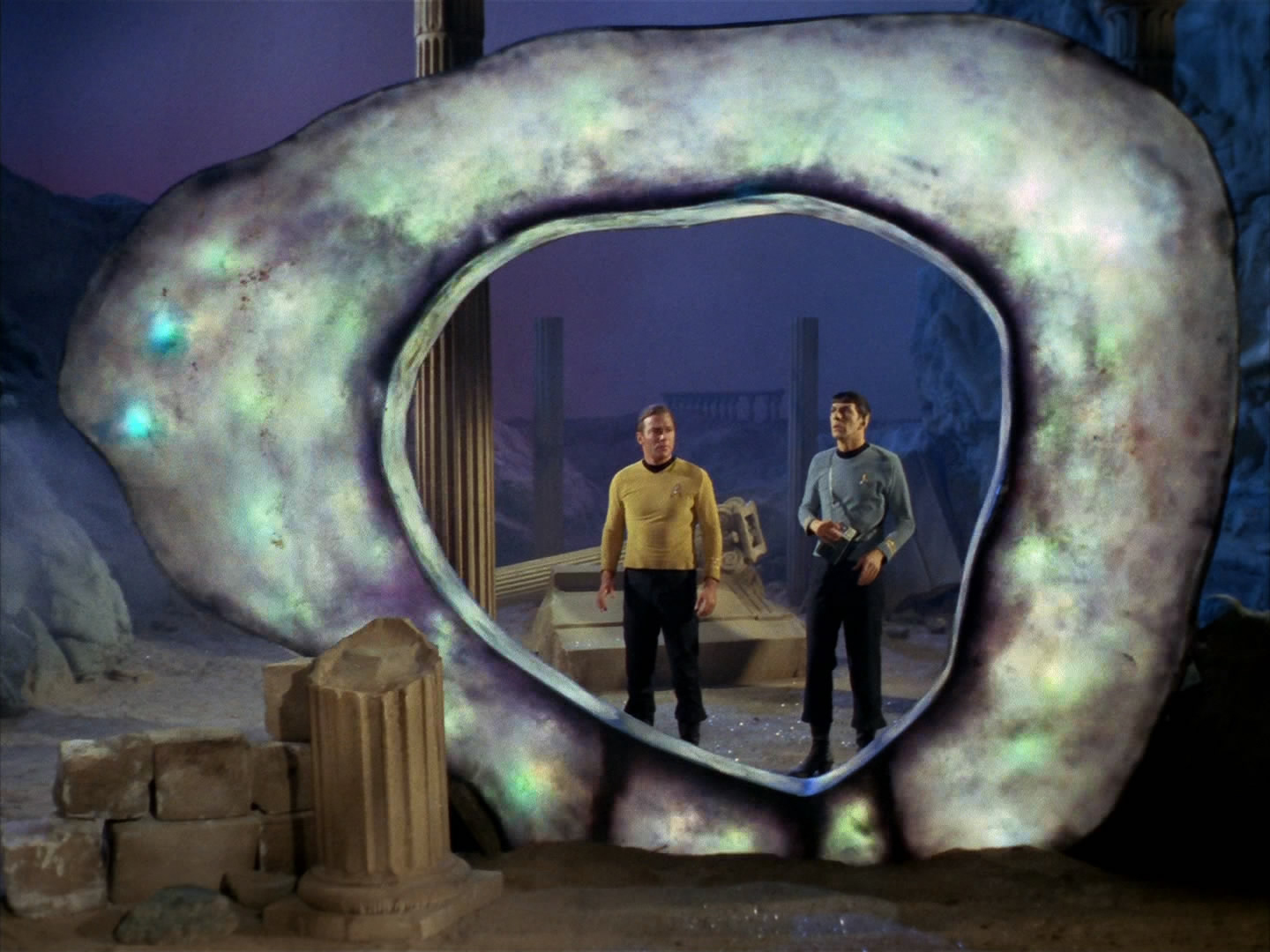 Star Trek: The Next Generation: The Inner Light 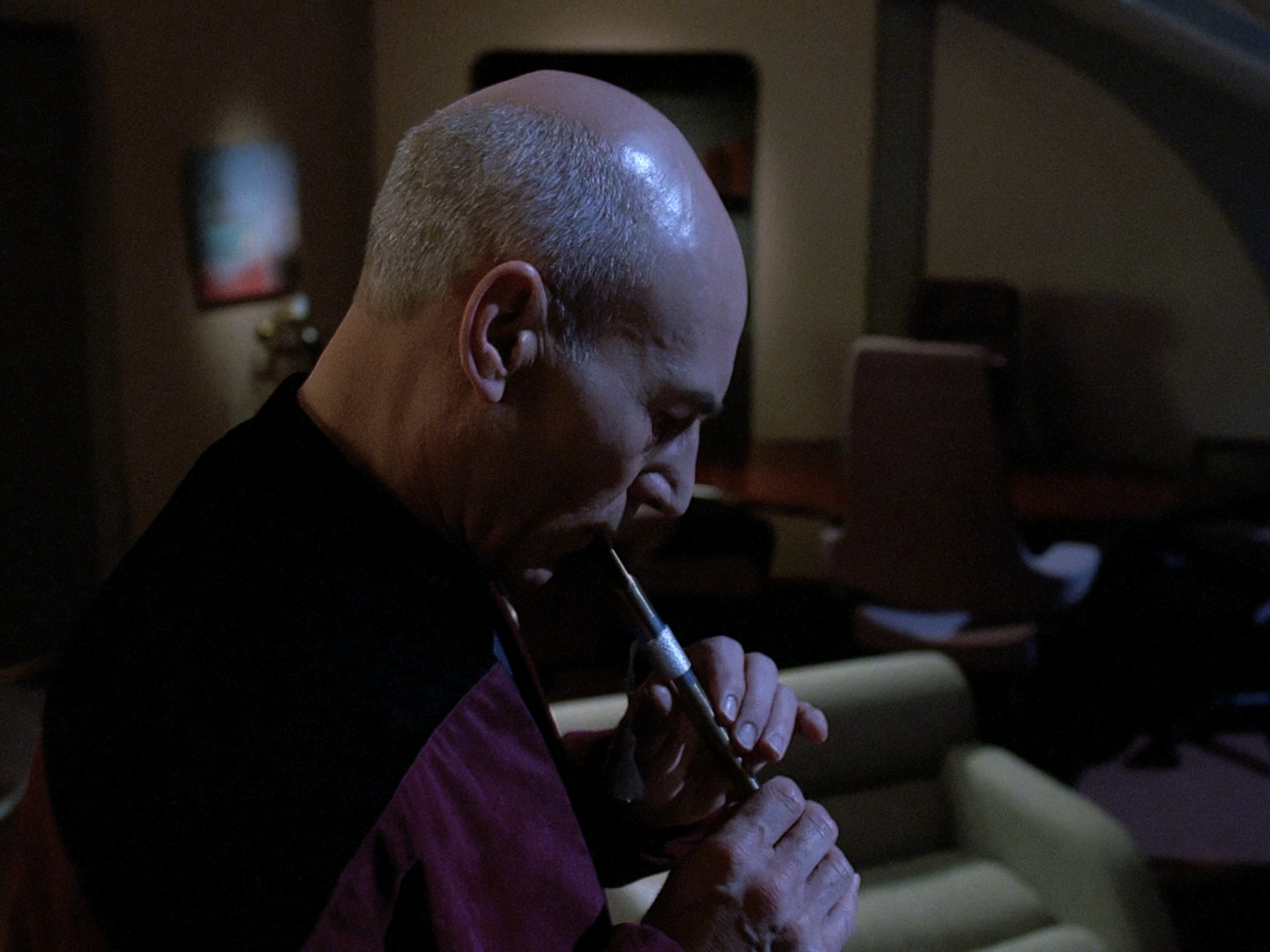 Captain Sisko of the Federation? Or a science fiction writer in 1950s New York? Watch “Far Beyond the Stars” and decide 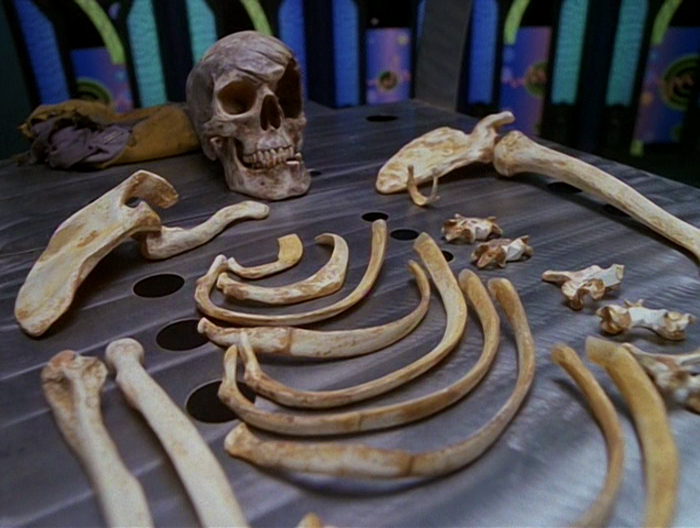 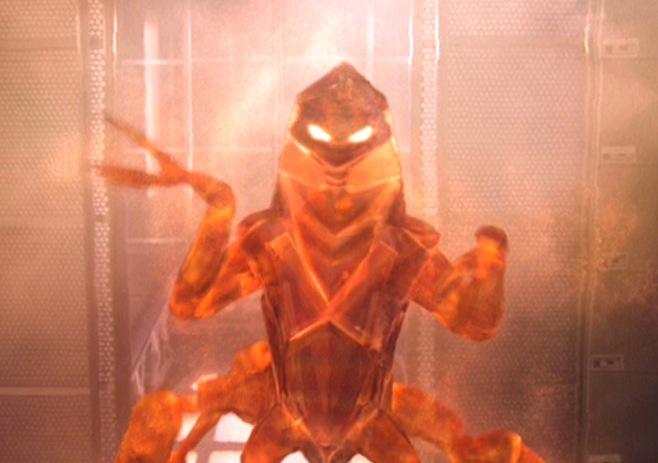 A Tholian, not seen in ST since the original series,  from “In a Mirror, Darkly”

What are your favorite episodes? 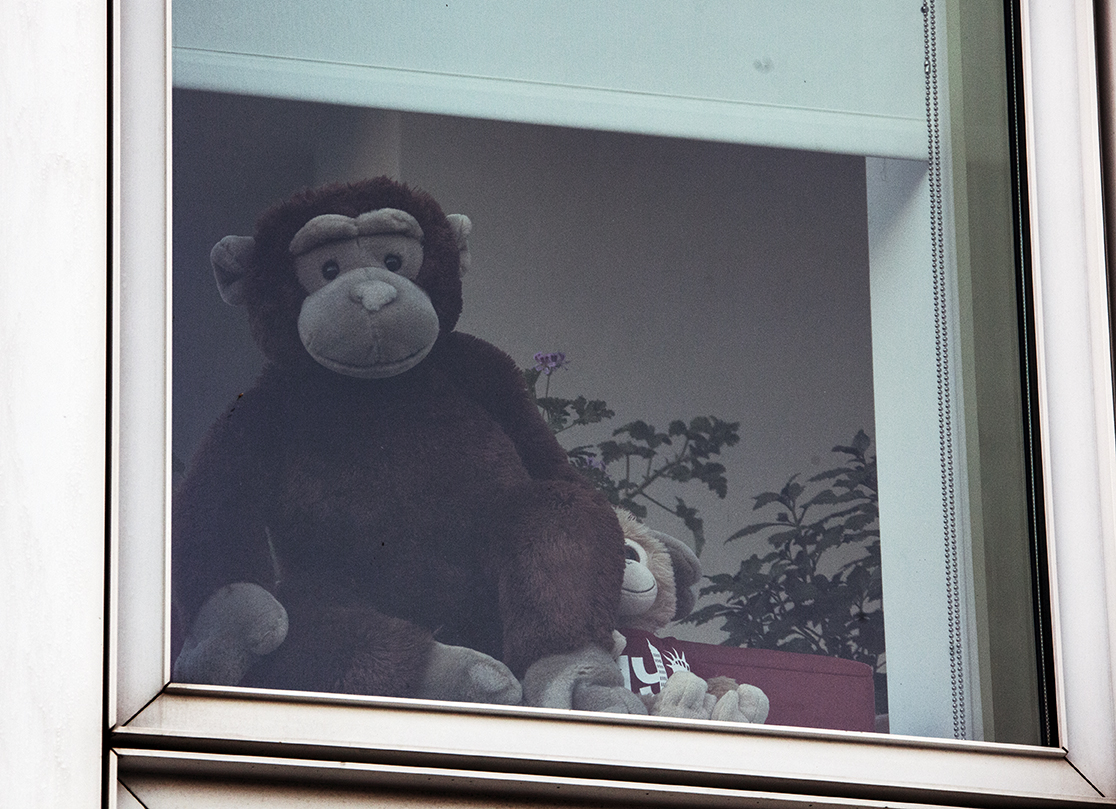 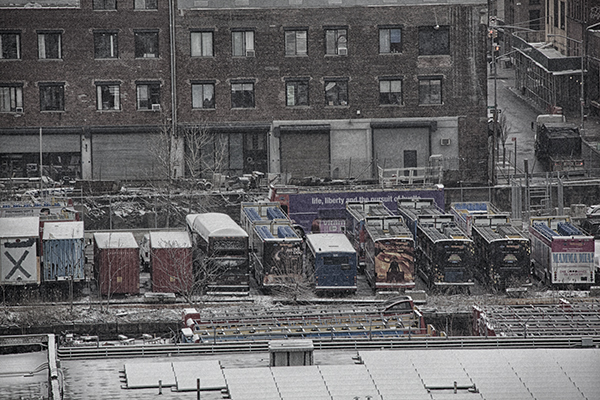 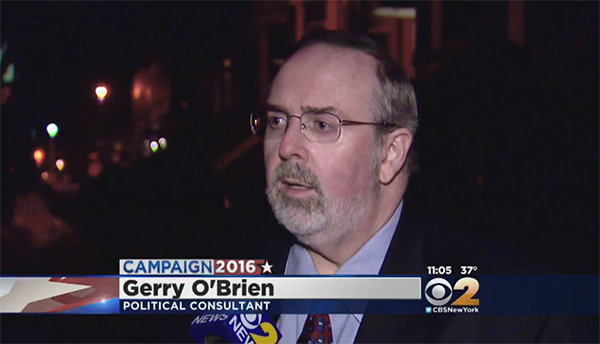 You can watch the video by clicking:
http://newyork.cbslocal.com/2016/01/27/ted-cruz-donald-trump-twitter/

My response: “If he can’t handle a hostile debate, how’s he going to handle China or Russia or any of the other 1,001 problems that are going to confront the next president of the U.S.?”

What I also told him, which ended up on the cutting room floor, was: 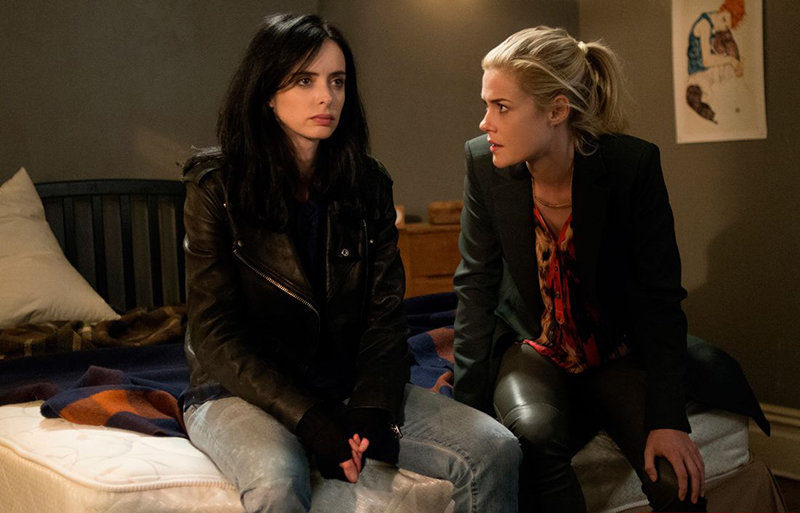 Marvel’s latest TV series, Jessica Jones, tells the story of a former superhero eking out a living as a private investigator in New York City. She’s incredibly strong and can leap tall buildings in a single bound. She also drinks a lot, and is generally a mess.

And rather than give us one strong female superhero, Marvel throws in a version of Patsy Walker (a Marvel character first published in 1944) as Jessica’s foster-sister.

And David Tennant is positively creepy as Killgrave, whose mind-controlling power nearly destroyed Jessica once before.

It’s a dark and compelling story. Marvel really ups the ante for superheroes on television with Jessica Jones.

Now available on Netflix, this series exists in the same universe as the Avengers and Marvel’s other Netflix show, Daredevil.

This is the best SF series I’ve read in years.  Advance word on the TV adaptation is excellent. 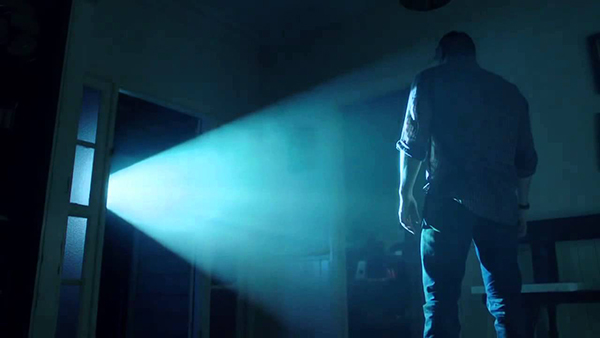 Wrestling? Sharknado?  The Syfy Channel deserves the scorn it got in recent years. But what I saw last night tells me those days are over.

I attended a screening of the first two episodes of Syfy’s six-part adaptation of Childhood’s End, the classic science fiction novel by Arthur C. Clarke, author of 2001: A Space Odyssey.

The first two episodes, which will be broadcast on December 14th, are solid television science fiction.

Clarke’s novel has been ripped off so many times — both versions of V, and Independence Day are just a few examples that come to mind — but Childhood’s End itself has never been brought to film or television before.

This adaptation moves the story from the cold war 1950s to the present, and takes a few other liberties that make sense.

One scene where the aliens encourage the main human character to visit their ship is extraordinary. You’ll love what they do to the human’s house.

Another recurring location aboard the alien ship is eerily reminiscent of the hotel scene at the end of 2001.

And while the special effects are very good, it’s the characters that are center stage here.

Charles Dance — the Lannister patriarch from Game of Thrones — is perfectly cast as Karellen, the new Supervisor for Earth.

And the ending … Syfy executives asked people not to reveal the twist at the end of the second episode. If you’ve read the book,  you know what it is. But if you don’t … you’re in for a shock. It will be fun to see how certain communities react to it.