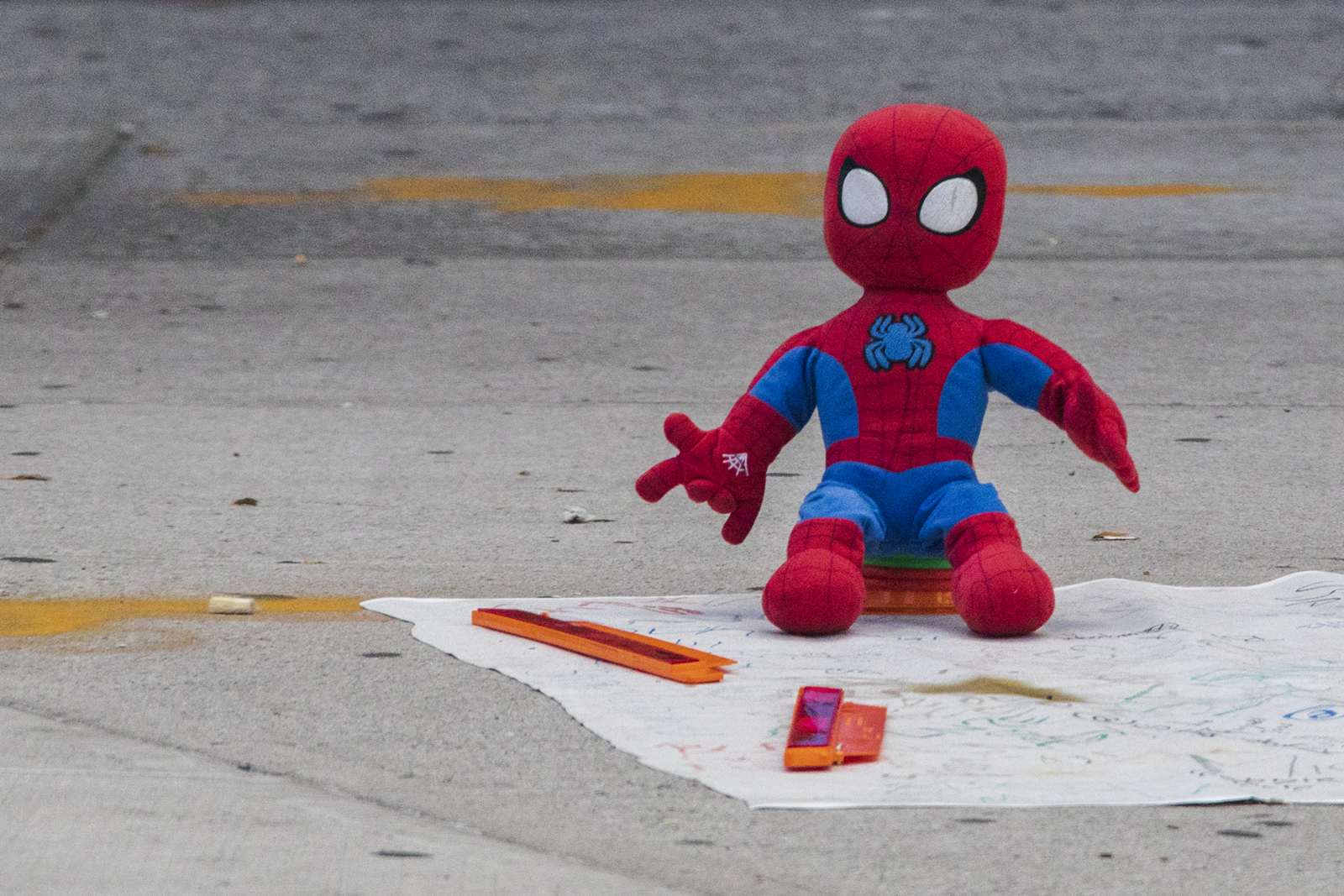 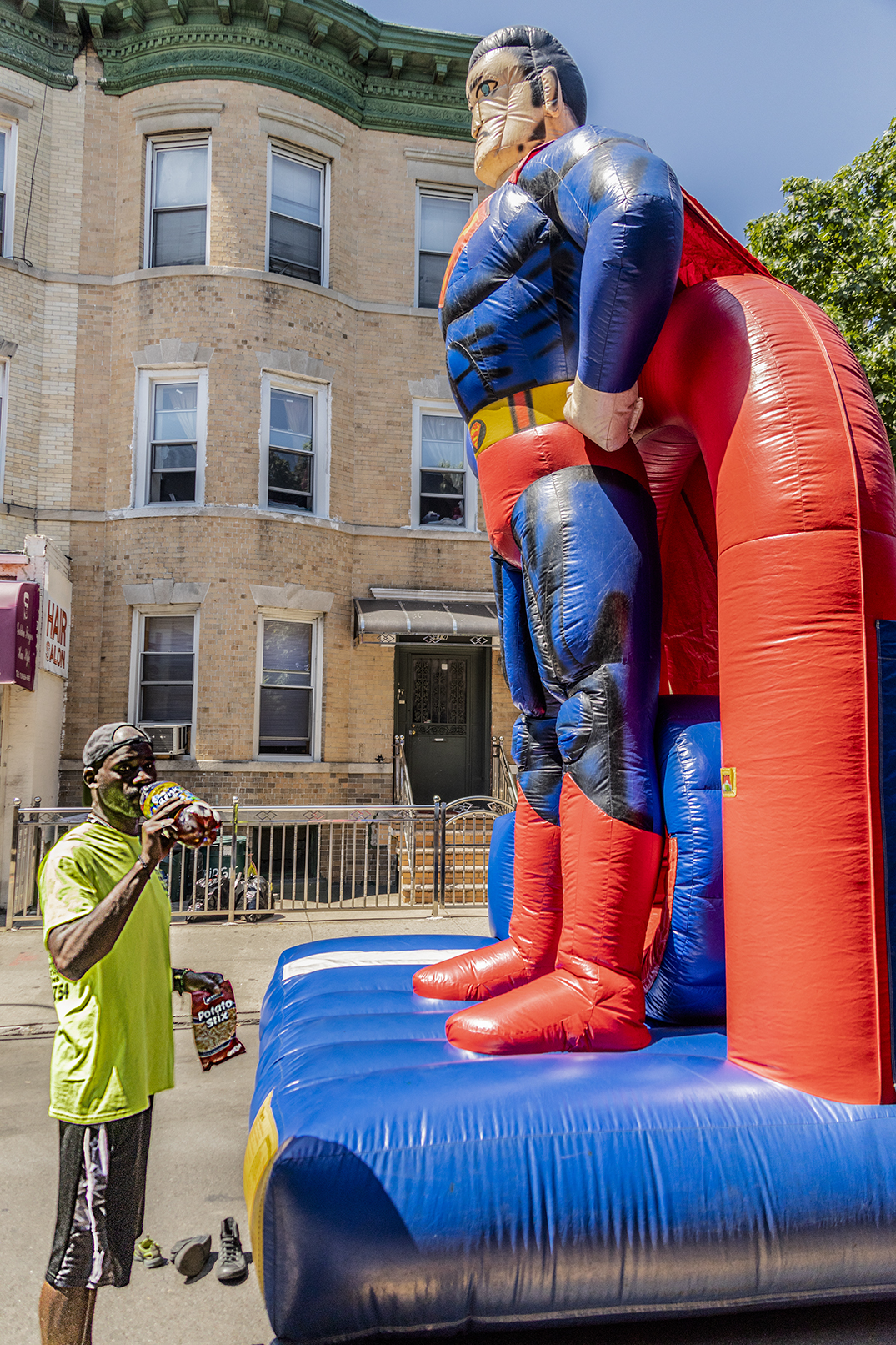 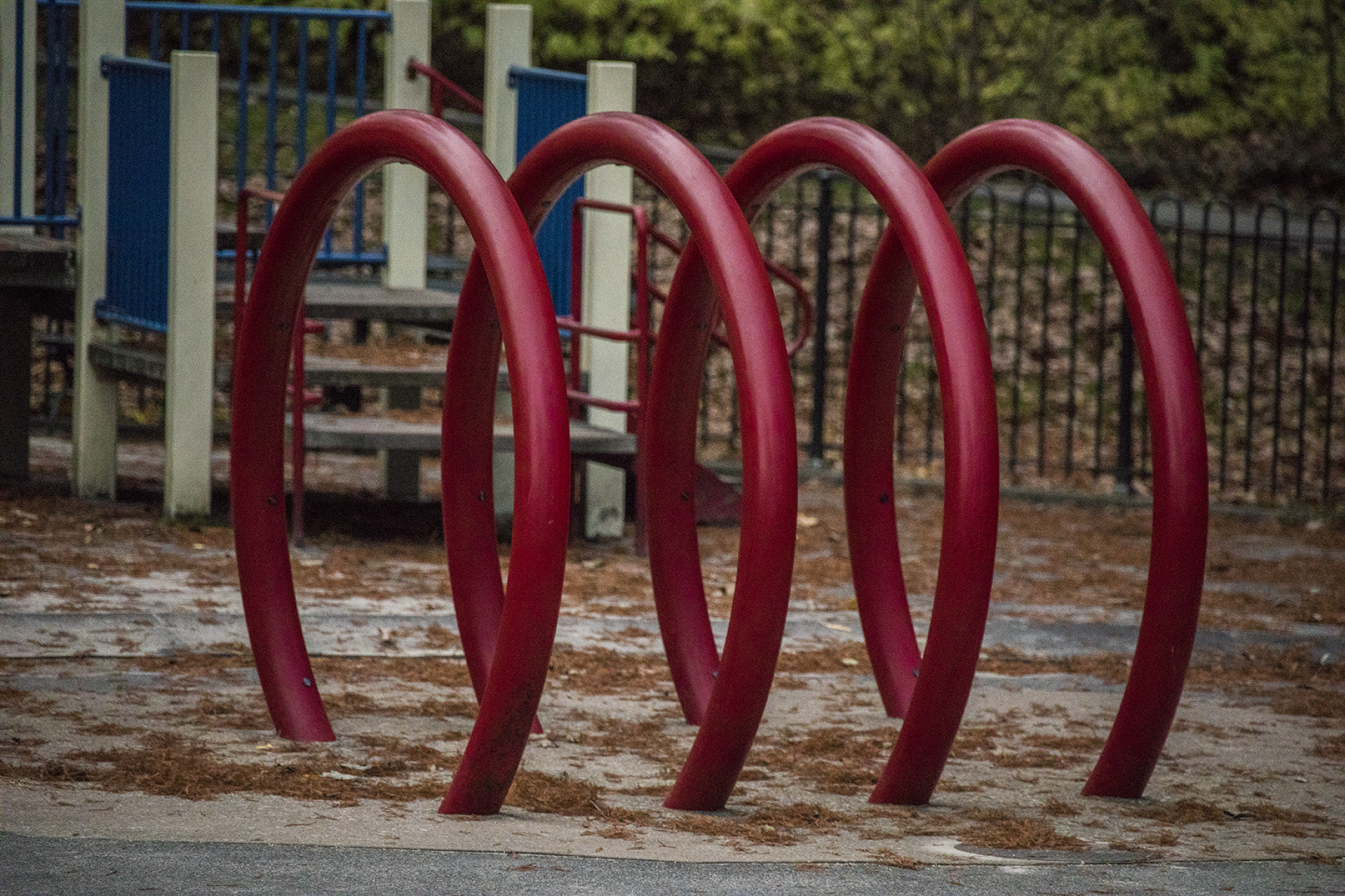 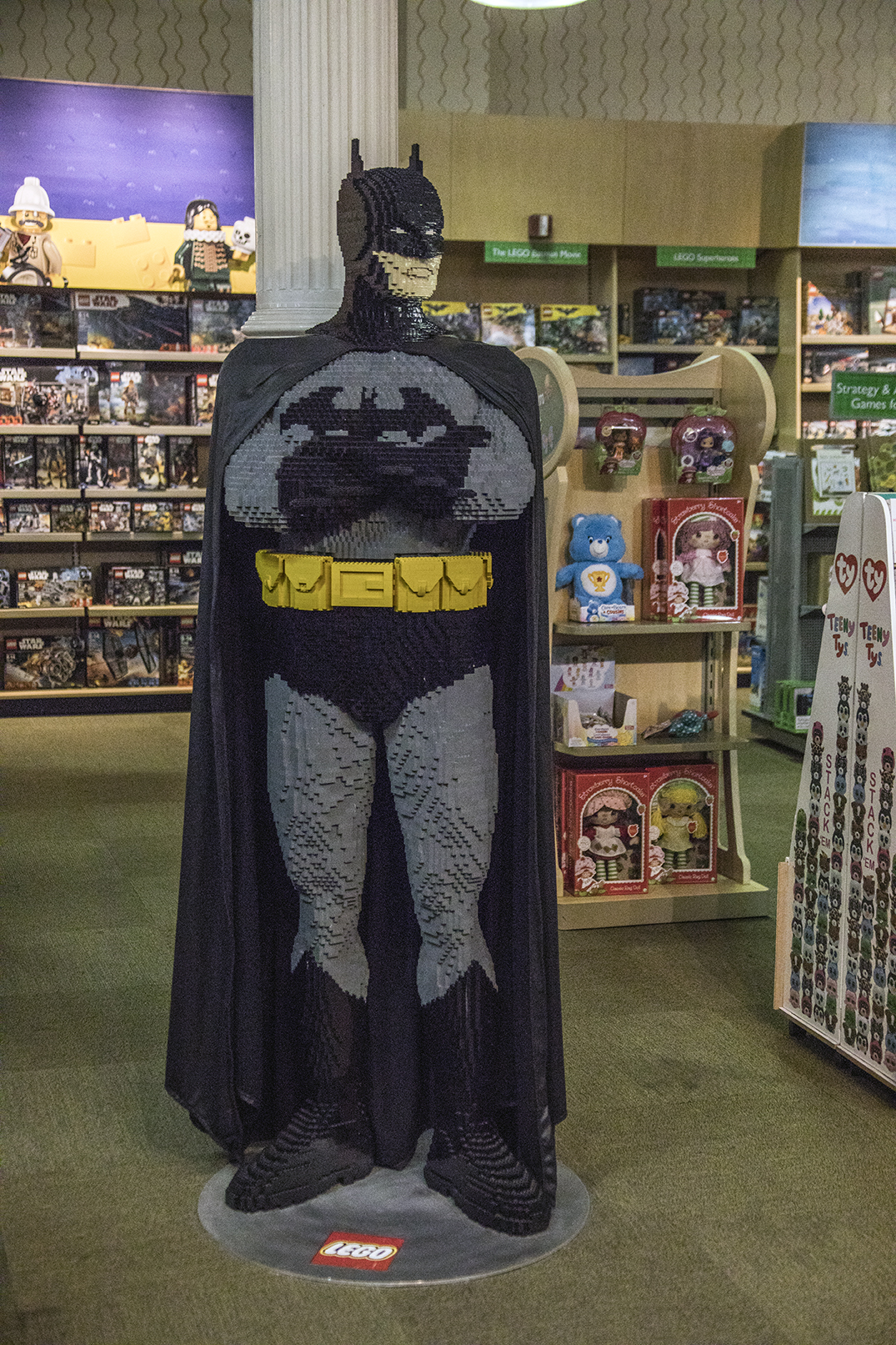 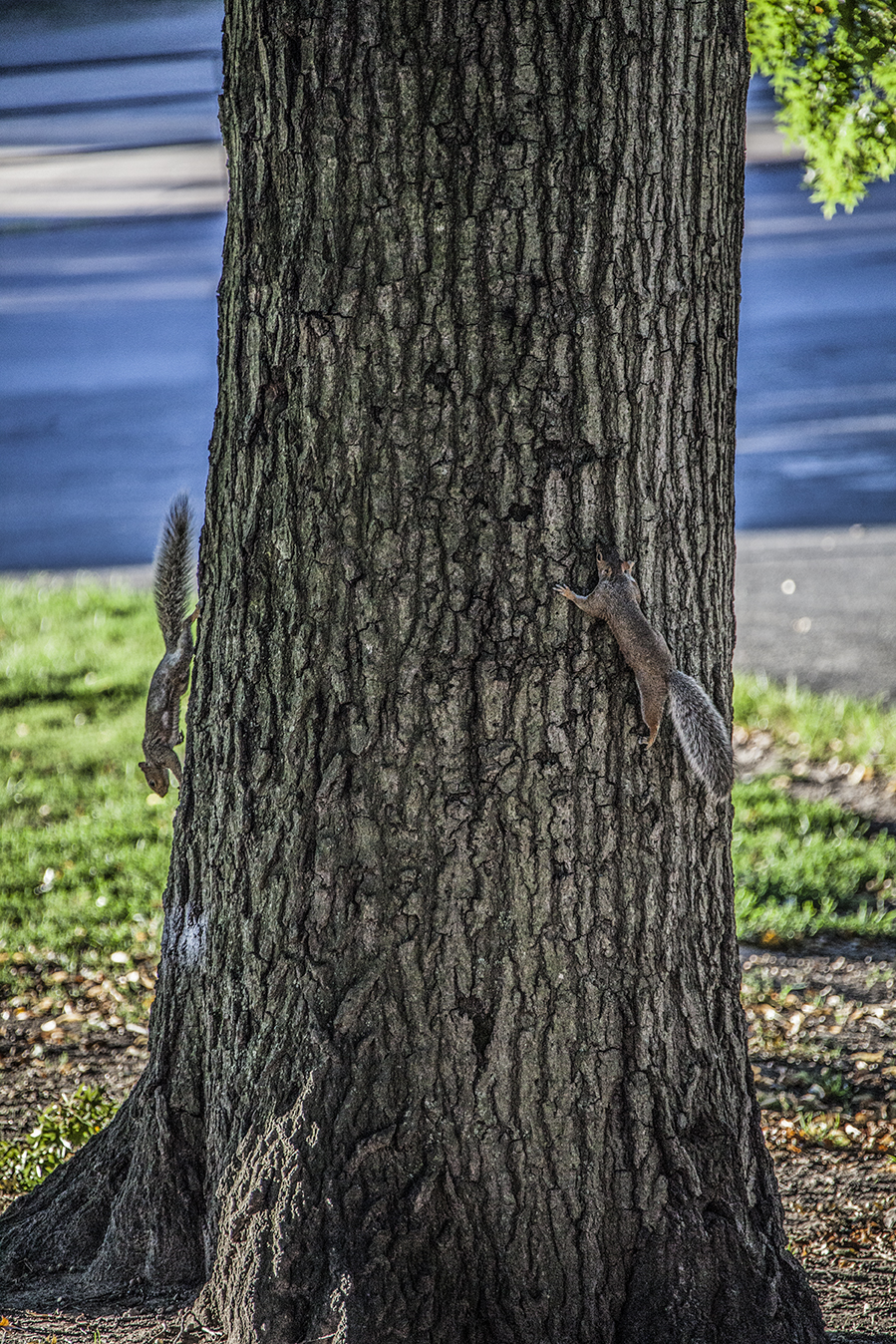 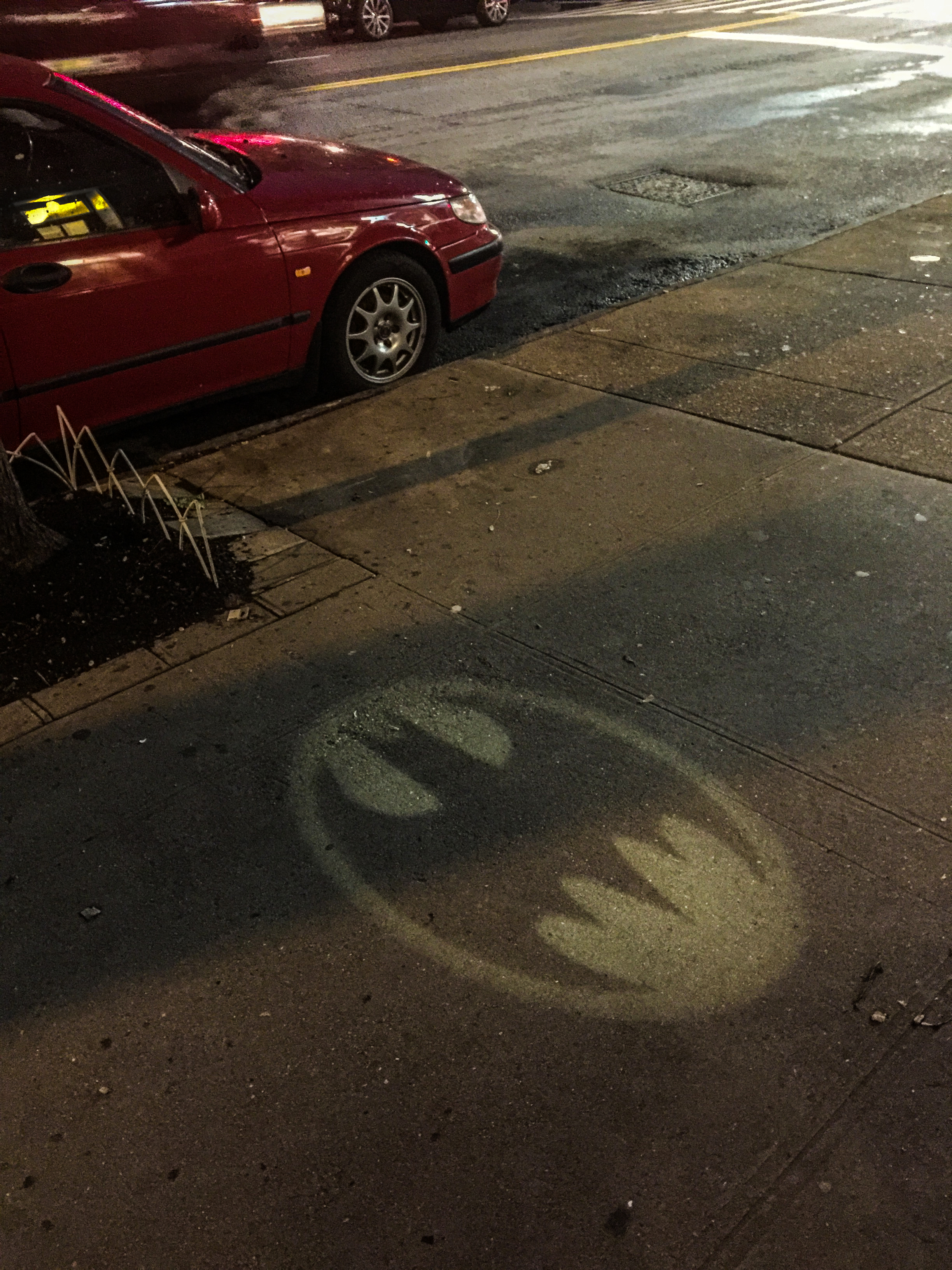 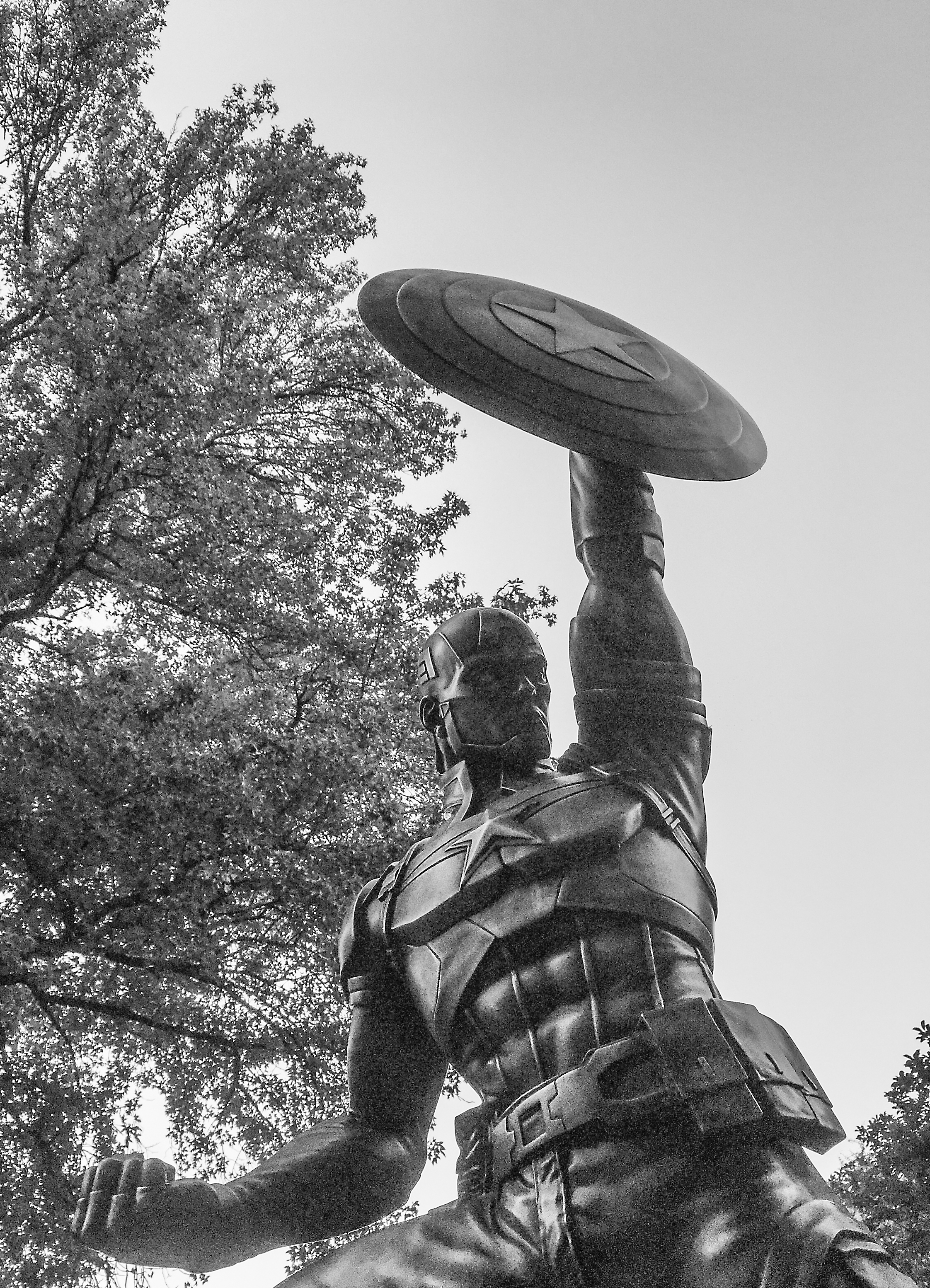 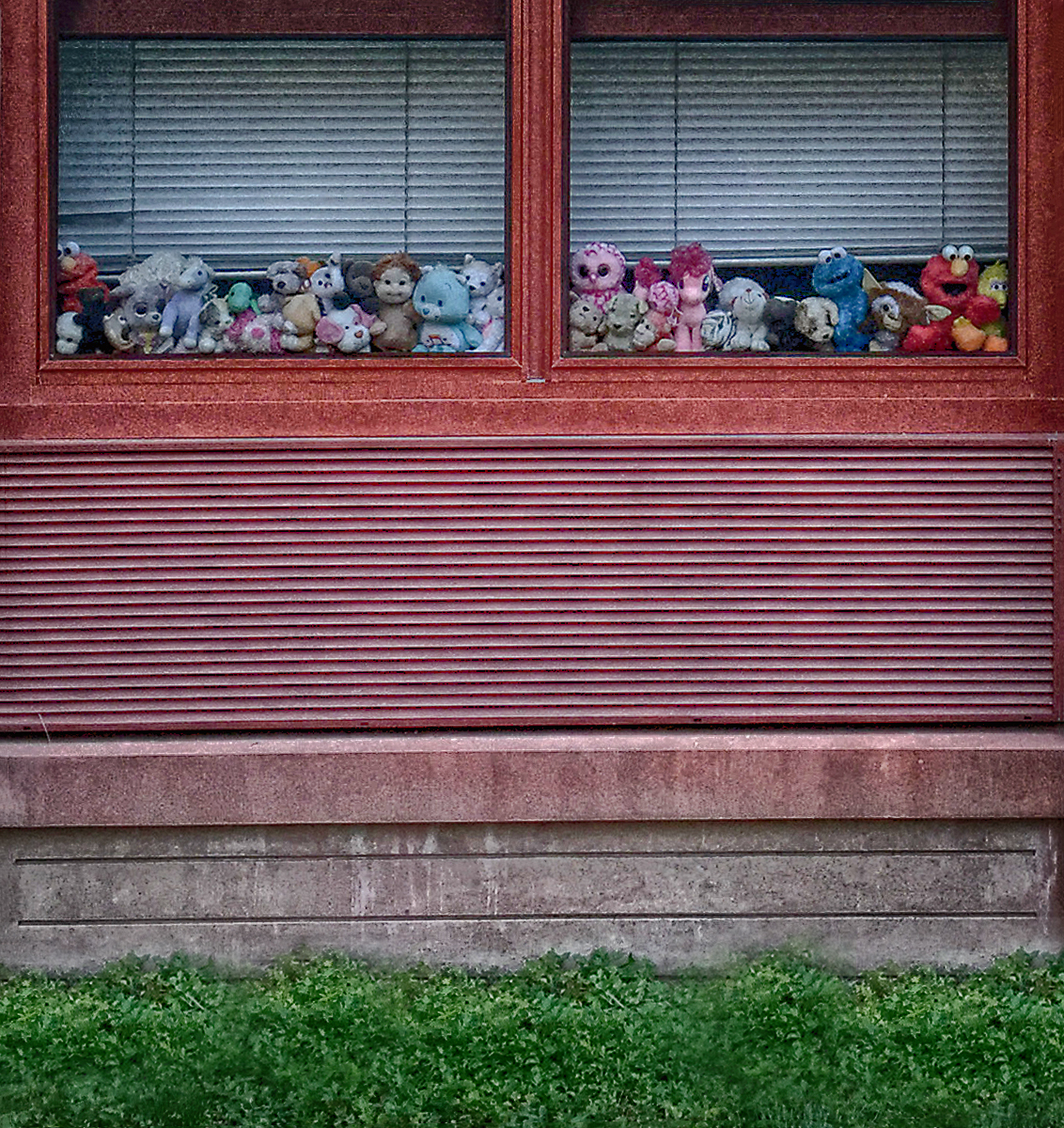 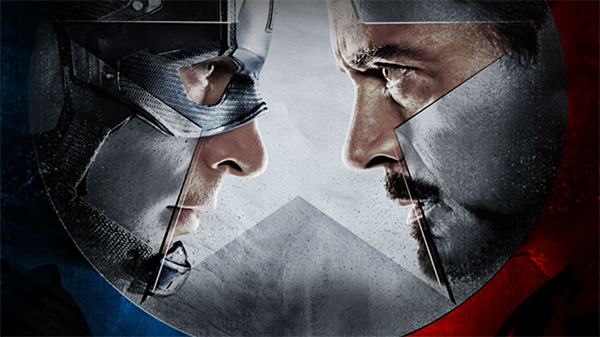 The new film Captain America: Civil War is so good it eliminates the stench of Batman v. Superman. Well, almost.

Marvel cleans DC’s clock again, schooling them on how to showcase large numbers of heroes with style, wit and characterization. They even included Giant-Man!

Yes, it’s long — but only because they packed so much into this story, and it all works. 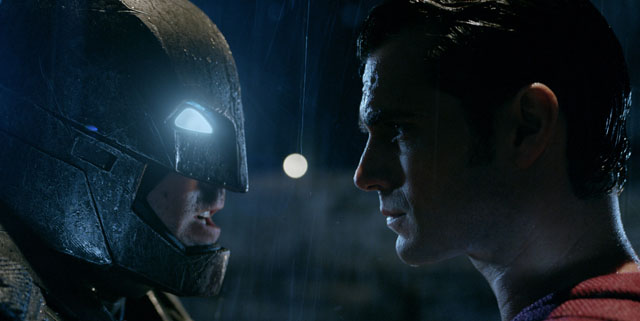 For starts, here’s the good news:

After 75 years, DC has finally gotten all three of their iconic heroes together on the big screen. And in two out of the three, they are a faithful adaptation of the comic book characters that have thrilled people for generations.

But the bad news is they still haven’t nailed Superman.

Like the prequel, Man of Steel, this is a dark, gritty Superman. Memo to DC: Superman is neither dark nor gritty. He is a warm, sunny, big blue boy scout. He exudes hope and optimism. Why is this so hard for DC filmmakers to understand? Their TV division successfully pivots between dark and light characters on Arrow, Flash and Legends of Tomorrow. 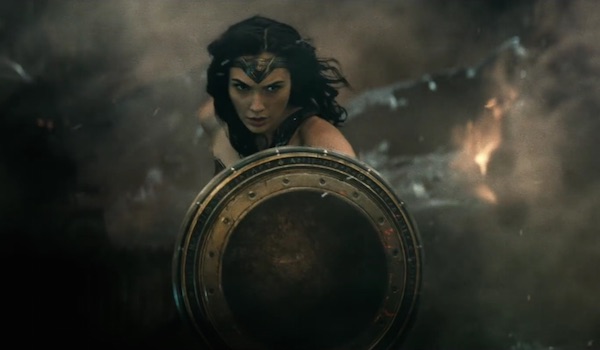 Wonder Woman’s appearance is the one time audiences cheered.

The other good news is Wonder Woman. She kicks major ass, despite having precious little screen time. For all those who scoffed at Gal Gadot’s casting, her costumed entrance is the only time the audience cheered. Loudly. Other reviewers have commented on this.

There is a scene in the final battle where Wonder Woman gets tossed through the air and lands violently in the rubble. Her reaction is a dark smile: she’s loving this, and it shows. If only there was more of that. And her.

More bad news: this film is 2 hours, 33 minutes long. A lot could be trimmed. We already know how Bruce Wayne’s parents die. There was no need to count the number of pearls his mom wore that fateful night. We get that a whole lot of people died when Superman battled General Zod last time out. Many buildings were destroyed. Superman is angst-ridden about the people and the buildings. People are pissed at him. A lot of people. Except for Lois, of course. And his Mom.

And more good news: this Batman is closer to the comic version than any previous adaptation. It borrows freely from Frank Miller’s excellent graphic novel, The Dark Knight Returns, and although stately Wayne Manor is long since abandoned and overgrown with weeds, we get a cool new Batcave (spiffy entrance to it via the batmobile, btw) at Bruce’s nearby lakeside home.

This is a Batman who’s been fighting crime a long time, and has the scars (emotional and otherwise) to prove it. Luckily, Alfred’s loyalty is intact, keeping Bruce alive and just this side of sanity. For the most part.

It’s not that Jesse Eisenberg’s take on Lex is bad — he’s got an unconventional approach that mostly works. It’s just that he’s the only Superman villain we get most times, and we’ve seen more than enough of him. At least his diabolic plans don’t involve real estate projects this time. 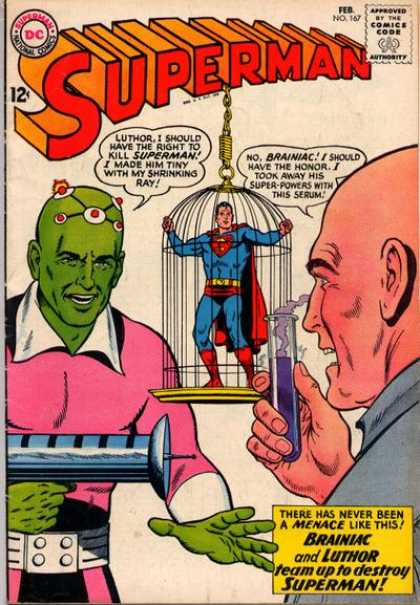 Brainiac is a far more interesting villain for Superman. Cover of the first comic book I ever bought, back in the winter of 1963.

Brainiac is the villain I really want to see, but the hints suggest Darkseid is the bad guy they are building towards a confrontation with, much like Marvel is with Thanos and the Avengers.

Speaking of Marvel, their long rivalry with DC is always a good thing for fans. Here’s hoping that future movies in the DC universe step up their game and give Marvel some real cinematic competition.

Batman V. Superman is bloated spectacle. If you’re a comics fan, or a connoisseur of pop culture, it’s a must see.  It comes up short when compared to almost all the Marvel films, but given the rich history of DC stories and characters, there are plenty of opportunities for them to catch up, and I hope they do.

And for those of you who are diehard DC fans, there’s always Monday night’s episode of Supergirl (not dark! not gritty!) guest starring the Flash (also neither dark nor gritty), appropriately entitled Worlds Finest.